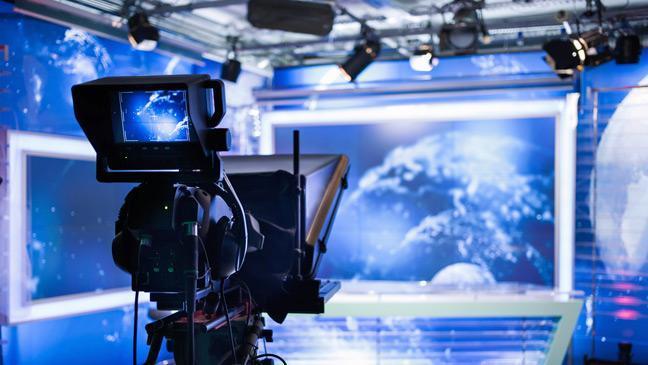 The Acting Director General of the National Broadcasting Commission (NBC), Armstrong Idachaba have stated that the commission is committed to the full implementation of the broadcast reforms approved by President Muhammadu Buhari, assuring that it will not gag citizens freedom of expression.
The President had approved the recommendations of the Reform implementation committe to enable the commission regulate the broadcast space.
The NBC DG however clarified that the regulations are intended to mandate owners of distribution platforms to ensure through self-regulation, and the statutory provisions, that contents that will emerge on their platforms are not harmful content and not to gag press freedom.
Idachaba noted that regulating Monopolistic tendencies by Rights owners is another key area in the reforms, according to him, “This has been  worrisome, often many Nigerian entrepreneurs who want to involve themselves in broadcast content delivery often find themselves suffocated or impeded by certain monopolistic tendencies.”
He informed that thee Commission shall in the next two weeks publish the details of the thrust of the reforms implementation for industry and public input which will be aggregated and developed for further regulatory
intervention.
On Digital Switch Over, the DG acknowledged that the process is been slow, but assured that by May 2021, the signal distribution infrastructure across the country may be concluded. He said 600,000 Set-Top boxes are already available by the local STB providers.
The Director, Engineering and Technology at the commission said the roll out , Friday Ukwela said the Digital Switch Over has been slow because of funding. He however said works are ongoing to get the necessary funding which will soon be available.
Ukwela informed the next phase of the DSO will be in Lagos, porthacout, Kano, Gombe, Delta Anambra, Ogun and Bauchi states when the fund is available.
He recalled that five states and the FCT have been switched on, to include;  kaduna, plateau, Enugu and Osun states.