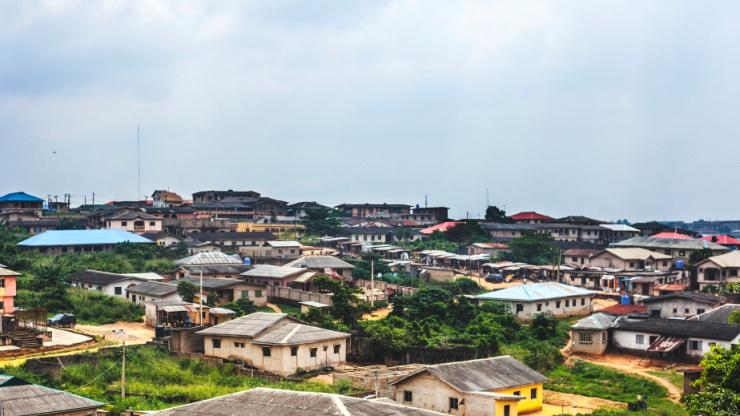 When I was growing up, my dad used to tell me a particular story that took place in 1988, when he was still as assistant director in the Lagos State civil service. Working closely with the military governor, Brigadier Raji Rasaki at the time, he would often sit in on meetings with everybody who was somebody in Nigeria including highly ranked military officers, billionaire businessmen and foreign diplomats. Brigadier Rasaki had a notorious habit of working at odd hours, so dad often found himself answering his NITEL landline in the small hours of the morning, with Rasaki’s booming voice on the other end of the line instructing him to report to Alausa immediately.

On one of these occasions, Governor Rasaki decided that he urgently needed to speak to his Cross River State counterpart, Navy Captain Eben Princewill. It was a few minutes after 3AM, and my somewhat naive dad protested, saying that that either Cpt. Princewill would be asleep or the protocol involved in reaching him via NITEL’s wired telephone infrastructure would take longer than Rasaki’s stated time window. Rasaki chuckled “Kunle you bloody civilian,” which was his customary term of endearment and pulled a mobile satellite phone out of his pocket. A few key taps later, he was on the phone with Cpt. Princewill while my dad looked on open-mouthed.

Bear in mind that this was 1988, a full 13 years before Econet Wireless officially launched Nigeria’s GSM telephony era. A mobile phone of any description at the time was something that Nigerians only saw in scifi movies and marvelled at the “America Wonder” of it all. Neither dad nor any of his middle class contemporaries in Nigeria’s public and private sectors had ever held one of these things. Yet having them, within a certain political and economic cartel as far back as 1988, was as commonplace and unspectacular as having one now. The state of NITEL might have been a major problem for most Nigerians, but not for these guys.

“This Thing is not for Everybody”

Some will immediately point out that mobile satellite phones could not have been a realistic solution for mass telephony in Nigeria because of the sheer expense involved. While this is true, it does not account for the fact that the development of GSM technology began in earnest back in 1982. Barely three years after dad’s little encounter with Brigadier Rasaki’s satellite phone, the world’s first GSM call was made by Finnish prime minister Harri Holkeri in July 1991. In 1992, SMS was introduced.

Through all of this, Africa’s largest country continued to be a complete non-factor. Prepaid GSM SIM cards came into the market in 1996 in Africa and around the world, but Nigeria was completely missing in action. By 1998, the global GSM subscriber base had surpassed 100 million. Of this number, Nigeria contributed exactly zero. In fact one of my clearest childhood memories was visiting my older siblings at the University of Ghana in 2000 and marvelling at their Ericsson GSM mobile phones. Such things still did not exist in Nigeria despite being so widespread that even students in Ghana had them.

The reason for this can be traced to another anecdote my dad regularly shared with me while growing up in the 90s. Shortly before he retired in the early 90s, he happened to be in the room after a meeting between a popular businessman who later ran for president and a few military officers. No doubt making what he thought was a justifiable point when the conversation shifted to telephony in Nigeria, the businessman brought out his mobile phone and said, “This thing is not for everybody.”

We can go back and forth about the context and economics of his statement, and there is an argument to be made that the Nigerian market at that time was probably too poor to make investment in GSM telephony worthwhile. The spirit behind that comment however, is what is very important to identify and contextualise. It is the same spirit that unfortunately determines how Nigerian governments see the hopes and aspirations of Nigerians – the belief that there are a ‘chosen few’ who are almost divinely ordained to control how other people’s lives turn out.

Minister of Communications and Digital Economy, Dr. Isa Pantami on Thursday made a comment that unwittingly referenced this spirit. Speaking while inaugurating the new NCC governing board chairman, Dr. Pantami said that the government would henceforth determine the number of telephone lines that an individual can have in Nigeria. He further stated that anyone with an existing line obtaining a new line must explain why they need a new SIM card.

There are certainly a number of security-related reasons why an individual having several telephone numbers might be of interest to the government, but the fact that the Nigerian government’s instant response is to flex its customary ‘ban or restriction’ hammer is very telling. An American government with the same security concerns would focus on boosting its tracking and monitoring capacity, without ever openly and visibly seeking to restrict public freedoms. To the Nigerian government however, the question is not “How do we work around our citizens?” It is “How do we beat them into submission?”

After all, this technology was not originally “for everybody” anyway.

Left to Dr. Pantami and the body of thought he comes from, only a tiny few should have access to powerful technology like mobile telecommunication. Only those who belong to the everlasting elite deserve to have such things. If General Sani Abacha did not suddenly drop dead, giving Nigeria an unexpected shot at democracy and free market reforms, we can be sure that general access to GSM and internet services would at best be heavily restricted and regulated a la Eritrea, if not outright unavailable as it was until 2001.

We can also be sure that Dr. Pantami would have a job in government and he would have a mobile phone. Restrictions of the sort he advocates for apply to all except members of the group of Nigerians whom I refer to as “Okrika Elites.” These are the people who publicly advocate for border closures in the National Assembly, while privately rejecting the idea of being assigned locally produced vehicles. These are the people in Alausa who come up with policies that make transport difficult and drive transport investors out of the market so that they can take over the resulting captive market. They are the people who have figured out how to regularly get polling booths and ballot boxes to the remotest parts of Nigeria, but have not figured out how to get reliable electricity and all-weather roads to the country’s biggest cities.

According to the mindset that animates this group of people, where an Asian or European billionaire would derive pride from owning a network that connects millions, their Nigerian contemporary should instead derive pride from being the only one among millions to have access to such a network. The establishment of little oases of privilege in a vast ocean of extreme and multidimensional poverty is what the Nigerian Okrika Elite must aspire to, as against organising Nigerian society into an economically productive formation.

You Are Turkeys – Stop Voting for Christmas

Since our existential goal cannot be to fight to get into and remain in one of these shrinking oases as Nigeria becomes an increasingly inhospitable environment, this leaves us with only one option – we must stop voting for and standing with those who have such ideas. If a politician wants to become president and cannot answer the question “How will you accelerate the economy and help Nigerians escape poverty?” then such a person has no plan for Nigeria beyond their own self-aggrandisement.

If a politician who wants to become Lagos State governor cannot talk about their plan for Lagos without making highfalutin references to “megacity” and “Centre of Excellence,” while sidestepping the fact that Lagos is actually a mega slum populated with poor people, you can be sure that when they assume office, they will govern Lagos as though most of the people in it do not exist. If you vote for this politician who cannot answer the question “How will you ensure that the urban working poor of Lagos have reliable,  quick inexpensive transport?” then you know that hare-brained policies like okada bans are on the way – you consented to your own erasure like the proverbial turkey voting for Christmas.

Ultimately the power is with us. If we learn to ignore their ethnic dog whistling and properly identify them as Okrika Elitists who want to be in office without being responsible for anything, then we will stop putting unsuitable people in power to torment us. If that is too much for us to do however, then as always the joke will be on us.