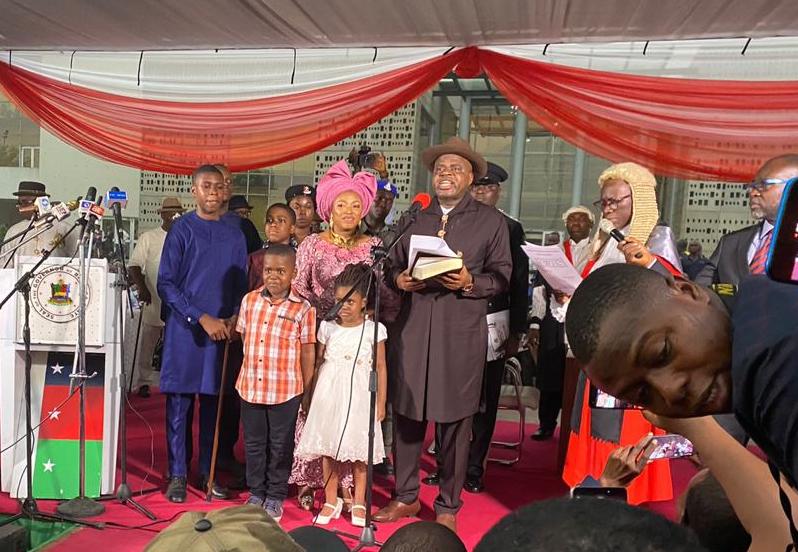 Duoye Diri on Friday evening sworn in as the governor of Bayelsa State Governor.

This followed his declaration by the Independent National Electoral Commission as the lawful winner of the gubernatorial election in the state last November.

Diri called members of the People’s Democratic Party to be magnanimous in victory and eschew bitterness and hatred which he said could hinder progress and peace in the state.

Diri observed a minute silence in honour of the victims of the attack on PDP campaign in Nembe las year.