No fewer than 50 boys drawn from a slum in Fagba, a Lagos suburb in IfakoIjaye local government area received relief items and support from a Christian Non-Governmental Organisation (NGO), Broken Vessels during the last festive period.

They were fed on Christmas and Boxing Day as well as given free clothes by the organisation.

On Christmas Day, they gathered at Progress College Oko Oba road for a party designed to give them a sense of Christmas.

President of Broken Vessels, Pastor (Mrs) Rita Azike-Ebube, said most of the boys, aged 12-17, were orphans wandering on the streets.

“They have no families or support system to fall back on. They are just wasting in the slums, scavenging for the next available meals,” she stated.

She said the foundation decided to receive out to them to give them a sense of belonging.

“Jesus died for them too. They are not excluded from the salvation package in Christ. So, we thought we should let them know about the birth of their Saviour who died to save them,” she added.

Speaking during the party, Pastor Frank Ebube, told the street boys of the essence of the love of God.

“You may have been rejected and brutalised by men. Government may have written you off as orphans and destitutes. But you are precious to God.

“He gave His only begotten son for you. He loves you so much He came to die for you. If you offer Him your life, you will be amazed what He will make of it,” he said.

Some of the boys responded to the love of God, committing their lives to Christ.

Azike-Ebube said Christians must learn to respond more with love to the less privileged among them.

The destitute they refuse to help today, she warned may become the thugs and criminals of tomorrow that will make life difficylt for them.

“We must learn to rescue these kids before they become a snare to us. We must not discard them as nonentities. God came for their likes.

“We must demonstrate the love of God by reaching out in every way possible to take them out of the streets,” she pleaded. 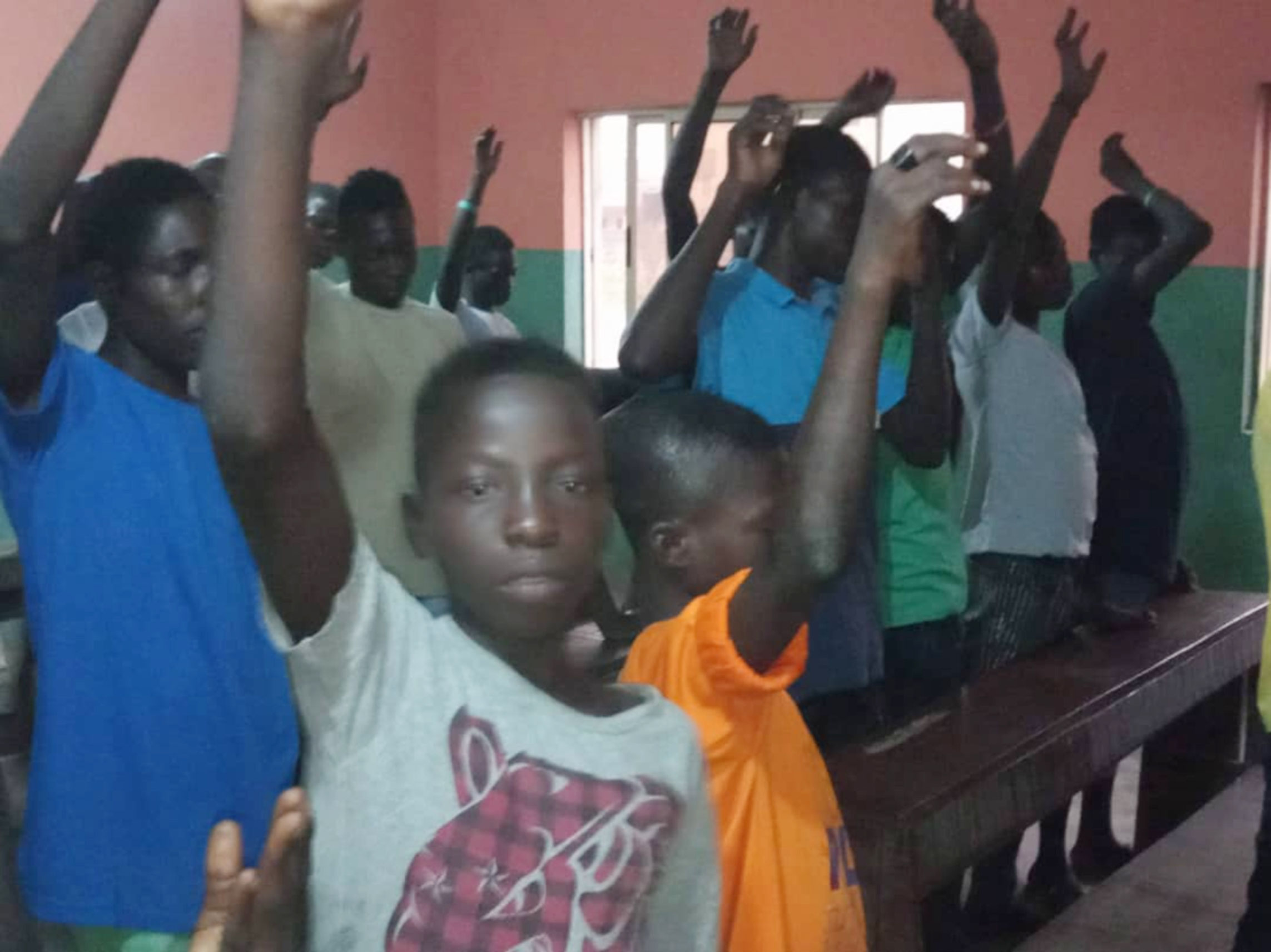