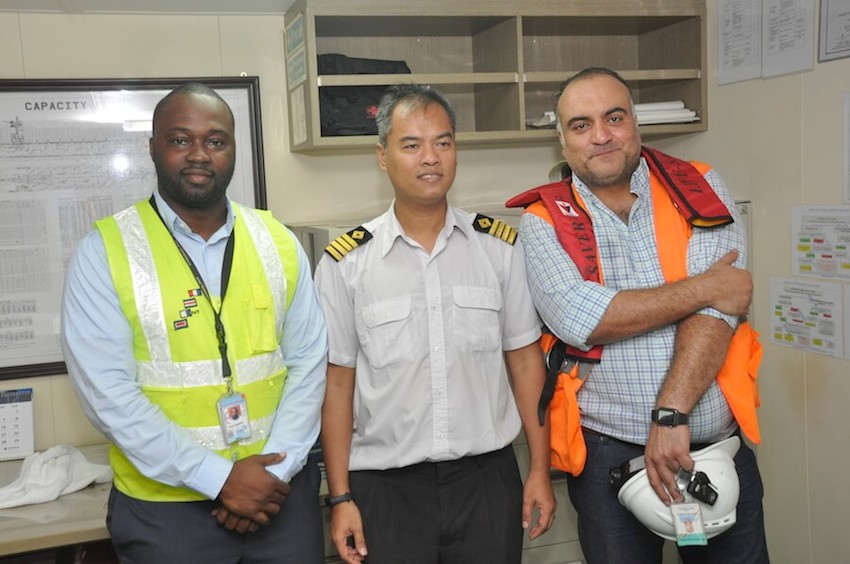 Before now, only the ports in Lagos were able to handle such class of vessels in Nigeria.

Noah Sheriff, commercial manager of WACT, while speaking during a reception for the vessel, said the berthing of gearless containerships at the terminal supports the desire of Federal Government to open up ports outside the Lagos area in order to create new opportunities and possibilities for importers and exporters in the Eastern part of Nigeria.

According to him, WACT can handle gearless and large containerships in line with modern trend due to its investment in the acquisition of two Mobile Harbor Cranes (MHCs) worth $10 million and other sophisticated cargo handling equipment worth $4 million last year.

“The significance of our ability to handle these large gearless vessels is that it is opening a new chapter for us such that in the future, more of these vessels will come to Onne. We are going to get four more cranes, so we will have six cranes here that will be able to handle such gearless vessels within the shortest vessel turnaround time,” he said.

According to him, “Over the last few years, we reached out to the Nigerian Ports Authority (NPA) for the dredging of the channel because of increase in cargo volumes. They have been very supportive, and I believe that this year we will see dredging in Onne. That will enable us to take up to 11.5 metres draught vessels and handle much larger ships.”

Sheriff said the berthing of gearless vessels at Onne port means the terminal will handle more cargos and would also bring about timely delivery of containers to consignees and subsequently to the market.

“The main value for bigger vessels calling WACT is for the benefit of our customers. At the end of the day, it is for the cargo to get to the customer’s warehouse in the fastest possible time. With zero waiting time here in Onne, the bigger vessels will give the shipping lines opportunity to come with higher volume for us to handle, while customers can pick up their cargoes in a timely manner and go to the market,” Sheriff stated.

On his part, James Joshua, East Nigeria Manager for Pacific International Lines (PIL), said the shipping line deployed the vessel to Onne because of the availability of modern cargo handling facilities at WACT and to evaluate future deployment options.

“WACT now has the kind of equipment that can handle gearless vessels. Vessels with gear for us are only used on our rotation to West Africa and if we have to use these vessels with gear, it limits a whole lot of opportunities. So, having the kind of equipment like Mobile Harbor Cranes that can actually operate on gearless vessels opens up many more possibilities for future growth,” Joshua said.

Zaw Zaw Mvo Oo, Master of the ship, , who was on his first call to Onne Port, said, “We came from China route to Singapore to Cairo then to West Africa. First place was Lome in Togo. The second place was supposed to be Lagos, which is Apapa and Tin Can but because of the congestion, we came to Onne.”

The ship captain and other officers onboard said they were happy with the overall performance of WACT staff during the KOTA KASTURI first voyage to East Nigeria. They were particularly impressed with the professional handling and the swift turnaround of the vessel by WACT.

The ship finished its discharge and loading operations on Saturday and sailed from the port.