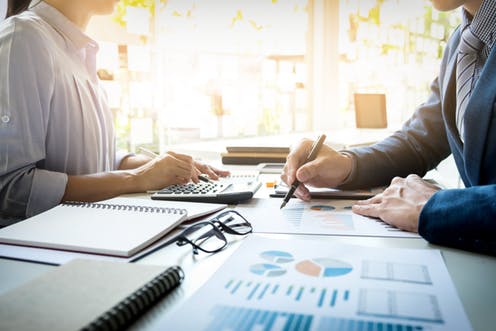 As former Soviet Premier Nikita Khrushchev once said, “Politicians are the same all over. They promise to build a bridge even where there is no river.” Once elected into power, politicians are supposed to devise policies to respond to the demands that the electorate has placed on them and that they had promised in their manifestos and during their campaigns. Their performance against these demands and promises should determine the extent to which they can retain power in subsequent elections. Quite rightly, some civil society organisations have started tracking these promises and campaign commitments and reporting them to citizens through the media.

Politicians focus on outcomes, such as the life expectancy rates of citizens, and rely on public servants to deliver outputs, such as ensuring that a patient in a hospital is attended to within a reasonable time of arriving at a health facility. The politician provides the enabling environment for the public servant to perform, including setting out the right policies, approving suitable budgets and refraining from undue political interference. Once the politician has created the enabling environment, they pass on the responsibility for direct delivery to the public service.

It is important to note that politicians who are in government either in the Executive of Legislature are also public servants. However, I will make a distinction for the purpose of this paper by using the term “Public Servant” to refer to those public officials in the Executive arm below the rank of Minister. Therefore, when I refer to public servants in this paper, I mean Permanent Secretaries, Directors-General and below.

The politician demands accountability from the public service, or at least is supposed to. The mandates of Ministries are not clear and efforts to clarify them remain inchoate. Many agencies and parastatals have duplicate or conflicting mandates and the political will to address the Oronsaye Report has not been apparent with successive governments a full 7 years after the report was completed.

Without clarity about what each organisation is supposed to deliver to the people, it is rather difficult for the politician to demand accountability from the public service in a way that helps to deliver on the mandate that they obtained from the people at the polls and the campaign promises that they made.

I recommend that the political class should make urgent efforts to clarify the mandates of ministries, agencies and parastatals and to streamline delivery mechanism by removing duplication and working with the National Assembly to avoid further proliferation of delivery agents. Without this clarity, it is difficult to know which public service organisation to hold accountable for what. An example is the role of the National Emergency Management Agency and the National Commission for Refugees when dealing with internally displaced persons.

Unfortunately, we do not have a robust performance management system through which politicians can demand this accountability of the public service. The Office of the Head of the Civil Service of the Federation, the Ministry of Budget and National Planning and the Federal Civil Service Commission had made some effort to develop a new performance management system, but it seems that the support of politicians have been lukewarm at best. I believe that if politicians make it a priority that there must be a means through which they can hold public servants to account, the system, which has been in development for quite a while now, will finally be completed and put into use for the benefit of citizens.

The current public financial management system only demands accountability for expenditure, not accountability for performance. Therefore, there does not appear to be any means through which public servants are held accountable for the results that monies were budgeted and released for

The current public financial management system only demands accountability for expenditure, not accountability for performance. Therefore, there does not appear to be any means through which public servants are held accountable for the results that monies were budgeted and released for. The current audit function only tries to ensure that monies received were not stolen, not that the monies released delivered the benefit that the politician promised the public that it would.

The proper thing should be that government priorities, taken from manifestos and campaign promises, should guide organisational priorities. Suitable organisational mandates should then be clarified to help deliver on those priorities. That should guide capacity building efforts to ensure that public servants can deliver required outputs. This, in turn, should guide how both the organisation and the individual public servants should be held accountable and have their performance managed. This golden thread from government priorities all the way through to individual performance is sadly missing in the Nigerian public service. Efforts to introduce it when Ministries were merged in 2015 remain inchoate 3 years on.

Without clarity about government priorities, without clear organisational mandates, a functional performance management system, and a robust impact assessment mechanism, the ability of the politician to hold the public servant to account is severely constrained. This, in turn, constrains the ability of the politician to deliver on campaign promises in a coordinated way. The politician becomes reliant on the goodwill of a few good public servants who have, entirely on their own, become pockets of effectiveness and accountability. The sustainability of this arrangement is suspect.