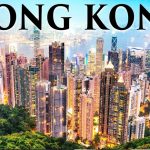 The London Stock Exchange Group (LSE) has rejected a $39bn takeover offer from the Hong Kong Exchanges and Clearing Limited (HKEX), opting to stick with its planned purchase of analytics group Refinitiv.

LSE told HKEX in a letter that it had fundamental concerns about key aspects of the proposal and that HKEX’s relationship with the Hong Kong government would “complicate matters”.

“Accordingly, the board unanimously rejects the conditional proposal and, given its fundamental flaws, sees no merit in further engagement,” the London bourse said in a statement, Aljazeera reports.

HKEX made its surprise offer on Wednesday, just two days after its officials travelled to London to present it to LSE Chief Executive David Schwimmer for the first time.

It has been cooly received by shareholders so far, though analysts expect the Asian exchange to return with an improved proposal and possibly go hostile, meaning a direct appeal to LSE shareholders.

In its letter, the LSE said that HKEX’s assertion that implementing the deal would be swift and certain “is simply not credible”.