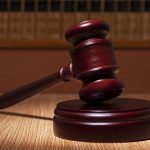 Magistrates’ Court in Minna has ordered the remand in police custody of three men over alleged transformer vandalism and theft.

The prosecutor, Insp. Aliyu Yakubu, told the court that one Yahaya Alfa from Niteco Road, Minna and other members from his community had reported the matter at the Tudun Wada Police Station on Sept. 8.

Yakubu said the complainants alleged that the first and second defendants were fond of vandalising the community’s transformer and stealing its armoured cable.

He added that they used to sell the parts to the third defendant: Abubakar Baba.

When the charges were read to the defendants, they all pleaded not guilty.

The prosecutor, thereafter, prayed the court for an adjournment adding that investigation into the case was still ongoing.

The magistrate, Mrs Maryam Kings, ordered the defendants to be remanded in police custody to enable the police complete their investigation into the matter. Kings adjourned the matter until Sept. 26 for further mention.