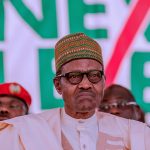 ADO-EKITI – President Muhammadu Buhari has been urged to make adequate preparation to engage hundreds of Nigerians being repatriated into the country in order not to compound the internal security challenge in the country.

A retired captain in the United States of America (USA) Army, Sunday Adebomi, gave the admonition in a chat with newsmen in Ado- Ekiti.

Although, Adebomi lauded the resolve of the federal government in rescuing Nigerians from troubled and hostile countries, he, however, expressed fear that such effort would be meaningless if no proper arrangement was made to engage them productively.

While commenting the steps taken so far by the government since the xenophobic attacks started, Adebomi also urged Mr President to impress it on his Ministers to design programmes that would create space for the youths in their respective ministries.

Adebomi, a security expert and chieftain of the All Progressives Congress (APC) in Ekiti State, also charged Buhari to demand current and adequate data of Nigerians living in foreign countries

This, he noted would afford the government to monitor and account for their well-being.

“Nigerians did not deserve the fate being meted out to their by the supposed allied nations in recent time. But I must salute the courage of President Buhari in rising to the occasion on the challenge. Mr President must take further steps in ensuring that the returnees are not brought back to a hopeless situation.

“I think the present government has the capacity to do this by making it a policy thrust. The ministers must be given a marching order to design and formulate policies, which would create more space for the youths in their respective ministries.

“While I would not condemn the current effort at bringing the vulnerable Nigerians back home, there must be adequate preparation to absorb them into productive enterprise. More importantly now that the nation is facing serious security issues, government must not toil with the danger of abandoning the returnees to their fate,” he said.