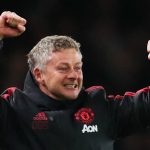 Manchester United have given Ole Gunnar Solskjaer permission to sign a new midfielder in January to bolster his squad, reports claim.

The Red Devils have not replaced Marouane Fellaini or Ander Herrera following their recent departures, leaving the club particularly thin in central midfield.

Solskjaer is reportedly keen to strengthen his midfield

AFP or licensors
1
Solskjaer is reportedly keen to strengthen his midfield
But according to the Manchester Evening News, the club have made funds available for the addition of a big-money signing in the middle of the park.

Man United were linked with a number of young, British midfielders during the summer window, including Newcastle’s Sean Longstaff and West Ham’s Declan Rice.

Manager Solskjaer has prioritised youth over experience at the beginning of the new season, with Scott McTominay emerging as a first-choice midfielder alongside Paul Pobga..

The post Solskjaer Gets Boost Ahead Of January Transfer Window appeared first on Independent Newspapers Nigeria.