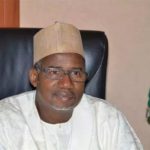 Bauchi – The All Progressive Congress (APC) in Bauchi State says that the Governor Bala Mohammed administration has nothing to show for his first 100 days in office.

According to a press statement signed by the state Publicity Secretary, Adamu Aliyu Jallah, and made available to newsmen in Bauchi, the party said that the March 9 2019 gubernatorial election was declared inconclusive by the INEC to favour the PDP, adding that the party was now facing the task of convincing the electorate through service delivery that it truly won the election.

The statement alleged that the only people who can boast of benefitting from the government of Bala Mohammed were members of his family who were the main contractors handling fuel supplies and occupying strategic political offices in his administration.

The APC urged the governor to resign if he could not live up to his campaign promises, saying that he lacked focus, seriousness and the zeal to perform, adding that opinions across political and religious divides in the state showed that those who voted the PDP were regretting and were in search of the return of a viable leader who can move the state forward.

“Since his inauguration on May 29, 2019, the governor has demonstrates lack of focus, seriousness and zeal to perform. He believes in dishing rhetorical statements and fanning egocentrism rather than performance.

“Although, of recent, in desperation to cajole people and reduce them to a laughing stock, he hurriedly embarked on groundbreaking ceremonies of road construction while going to donor agencies for support and claims the state has the resources to keep them floating.

“Sincerely, we cannot score Governor Bala Mohammed more than 20 per cent. This implies that his 100 days in office has been nothing but a waste. The only people who are satisfied with his performance are the PDP and their leaders,” the statement read.