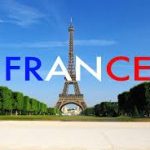 Facebook’s Libra would be blocked in Europe because the digital currency is too risky and threatens sovereignty, French Finance Minister Bruno Le Maire said Thursday as he urged governments to work on their own public version.

Libra, as currently proposed by the tech giant, would raise concerns about market dominance, threaten the sovereignty of states, increase risks for consumers and business, and could even cause significant global financial disruption, Le Maire said at Organization for Economic Cooperation and Development in Paris.

“All these concerns about Libra are serious. So I want to be very clear: in these conditions we cannot authorize Libra’s development on European soil,” the French Finance Minister said.

Facebook’s Libra proposal has rattled policy makers around the world since its planned launch was announced in June. Global finance chiefs meeting in France earlier this year agreed that the regulatory and systemic concerns must be addressed before such projects known as stablecoins can be implemented.

Le Maire said public authorities should rush to work on proposals for a “public digital currency,” starting as soon as the International Monetary Fund meetings in October. He noted he has already discussed the idea with European Central Bank President Mario Draghi and his successor Christine Lagarde.

“I want us to have concrete projects available in the next few months,” Le Maire said.