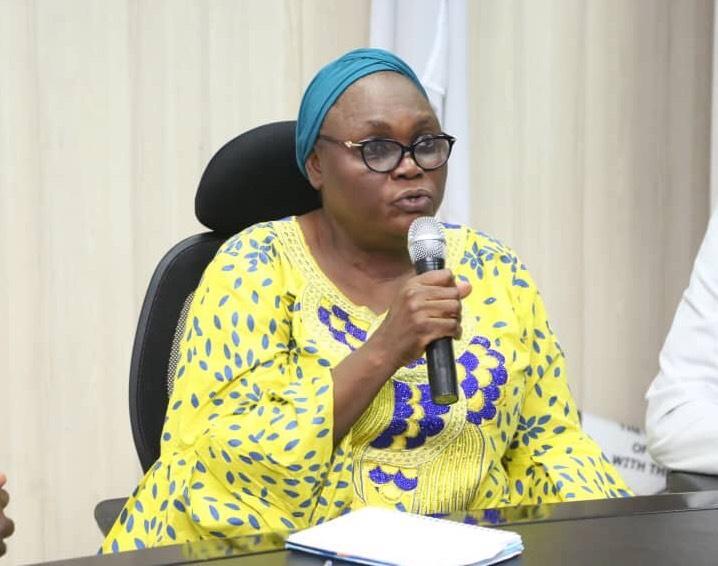 The longest on-going project in the Niger Delta, the 13-storey permanent headquarters of the Niger Delta Development Commission (NDDC), is full of action again. This is because the interim CEO of the Commission, Akwagaga Lelegima Enyia, who has been described as a woman full of fury, has expressed anger that the builder has failed to build his own house. Her anger is enough to have made her vow to move her table to the uncompleted N15.222BN building located at the Marine Base area of Port Harcourt.

Already, the project which was inherited as assets from the Oil Minerals Producing Areas Development Commission (OMPADEC), is said to be at 50 per cent completion with about N8BN paid, but it looks obvious that substantive CEOS of the NDDC hardly intended to complete it. Many have wondered why it seemed to be interim MDS that often see reason to pump action into it. Akwagaga (Dr Enyia) started her career in ONPADEC as an assistant director and must be hurting every year as she sees the building that may be as old as her stint in the Commission standing still while the NDDC went about building other parts of the oil region.

A source in the Commission described the imposing builder as a familiar feature on the Marine Base skyline. A media guru, publisher and now media aide to the new boss, Bekee Anyalewechi, posted on his facebook wall thus; “Those who weave a narration of absolute failure and ignoble history around the Commission pitch their background on this building. They say it is a due but sad memoir on NDDC’S “failure”. They have argued that it is a fair interpretation of the sad rhythm emanating from a broken drum of erstwhile hope. What’s the jinx behind this behemoth of regional confluence? Would it ever be broken?”

He went ahead to announce that the new boss has declared her determination to use every minute available in her expectedly short term (waiting for the board to be screened by Senate) to push the complex nearer to completion. The Ag MD, he wrote, is bent on expediting action to achieve this seemingly elusive project. “Life has returned to site and contractor’s equipment have zoomed into action. We shall be telling the story henceforth as God gives her grace to serve.”

This revelation has attracted instant attention and ovation. The contractors seem the most excited, recalling how neglect and non-payment had caused setback and dejection as bills remain unattended to. Many have recalled that most of the substantive CEOS rather execute their political ambitions (often to fight to become governor in some state) than put any zeal into the project. Others suggest that most MDS ignored projects where they would not have huge sums to extract but would prefer new projects where they could build the cost themselves. A source said: “It takes a disciplined and contented person to put all energy into a project that does not promise huge kickback. Only few CEOS of the Commission fall into this category”.

Thus, the newly appointed Ag Managing Director has vowed to give full attention to completing this headquarters project. She has thus charged the contractor handling it to work expeditiously towards completing the project.

The new CEO expressed dissatisfaction with the pace of work at the main office building and the ancillary structure. She said: “I am not impressed with what I saw today. I am not happy that after all these years; this is the level of work done. I will be here to work if need be to ensure that by December the work will at least get up to 80 per cent.

“From time to time, I will be here to do my work. If necessary, I will bring my table and my chair here to work because we must get value for money.

“I will be happy if when paid the progress made will be exactly the work done. I can assure you that the government is ready to release fund to ensure that the project will be completed as soon as possible.”

The Project Manager, an architect, Clement Udie, said that the headquarters complex, which was initiated by the defunct Oil Minerals Producing Areas Development Commission (OMPADEC) has so far got to 50 per cent completion. He explained that the complex would include ancillary facilities such as a medical centre, car park, restaurant, bank, among others.

He assured the NDDC that they were working according to set standards, stating that the contractors involved in the project were determined to complete the multi-storey building by June 2020.