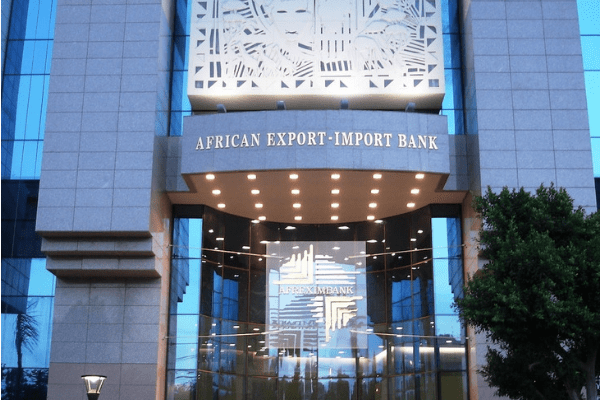 Afreximbank has reserved $500 million for lending to Nigerian manufacturers through the Manufacturers Association of Nigeria (MAN), Prof Benedict Oramah, President and Chairman of the Board of Directors of Afreximbank said in Lagos Tuesday.

This, according to the Afreximbank chief, is part of the bank’s drive to support industrialisation across Africa, principally as AFCFTA Adjustment Facility to enable countries adjust in an orderly manner to sudden significant tariff revenue losses as a result of the implementa

tion of the agreement. The fund is part of the $1 billion Afreximbank African Continental Free Trade Area (AFCFTA) Adjustment Facility instituted for Africa.

Oramah, who was Guest Speaker at MAN’S Expo Exhibition 2019, said Afreximbank team would, in the course of the event which is running from Monday through Wednesday at Oriental Hotel, VI, Lagos, and sit with MAN executives to discuss the lending modalities.

Reacting to the robust offer, an elated President of MAN, Mansur Ahmed, said an Afreximbank/man Committee would be set up on Wednesday this week to discuss the offer.

Though the terms of the offer is yet to be made known, but going by Ahmed’s immediate reaction and mood, and put against MAN’S as well as the entire Organised Private Sector’s traditional protest against unbearable commercial bank’s lending rates in Nigeria, the Afreximbank offer is good relief for manufacturers.

MAN’S CEO Confidence Index Quarter 2019 for instance says majority of respondents, 76 percent, disagree that the rates at which commercial banks lend to manufacturers encourage productivity in the sector. This, it says, is evident in the double-digit cost of borrowing from the commercial banks, which obviously discourages investment. It notes that “it is therefore imperative that the Association sustains the advocacy for policy measures that will lower the cost of borrowing and increase productivity in the manufacturing sector”.

On size of Loan to the manufacturing sector, the index shows that 66 percent of CEOS of manufacturing companies disagree that the volume of Commercial Banks loan to the sector encourages productivity in the sector.

Prof. Benedict Oramah, had earlier in July in Niamey, addressed the 12th Extraordinary Summit of African Union (AU) Heads of State, announcing a series of initiatives to support the implementation of the Agreement for the African Continental Free Trade Area (AFCFTA).

Prof. Oramah told the heads of state, who were gathered to mark the start of the operational phase of the AFCFTA, that Afreximbank was instituting a $1-billion AFCFTA Adjustment Facility to enable countries adjust in an orderly manner to sudden significant tariff revenue losses as a result of the implementation of the agreement.

“This facility will help countries to accelerate the ratification of the AFCFTA,” he said, telling the heads of state that, by starting the operational phase of the AFCFTA, “you have started a movement.”

“You must not look back,” continued the President. “This movement is now unstoppable.”

He added that, as part of its support for the implementation of the AFCFTA, the Bank had provided support to aid the work being done by the African Regional Standards Organisation and the AU in implementing the Agreement.

Professor Oramah also informed the Summit of the launch the PanAfrican Payment and Settlement System (PAPSS), the first continentwide payment digital system focused on facilitating payments for goods and services in intra-african trade in African currencies.

In his opening remarks at the event, MAN President Mansur Ahmed, commended Mr President for the several policies introduced to grow the economy. Said he: “Mr President, your government’s emphasis on economic diversification and a steady focus on agric transformation, and pursuit of food security, cannot be faulted. MAN therefore commends you for the policies which helped our country to exit recession even though fragile.