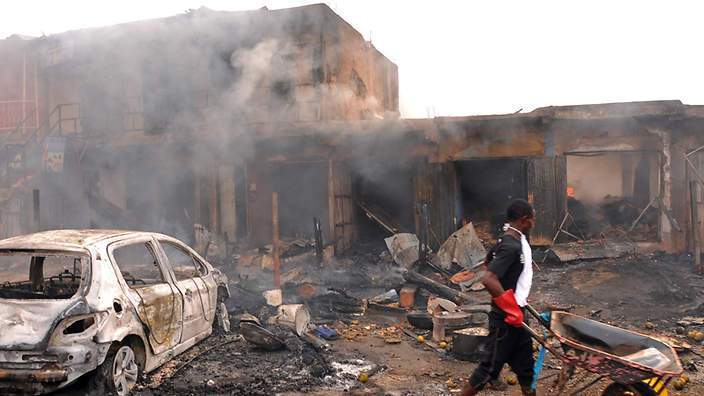 Barely a week after the peace meeting in Abuja between the Jukun and the Tiv, gunmen in the early hours of Wednesday attacked Yongogba village in Takum Local Government Area of Taraba State, and killed two people, inflected wounds on others, while scores are still missing, a source has said.

A local resident, Kester Iorhemba, told our correspondent on the phone that the attackers who invaded the village from Takum burnt the entire village and looted valuable property.

According to Iorhemba, the attackers riding on motorcycles and two Toyota Hilux van invaded the village at about 8:45 am.

He explained that the attackers who came through TY Danjuma farm killed two people who were already on their farms before proceeding to burn the entire village.

The eyewitness who said the casualty figure may be higher as many people were already on the farm along the route the attackers came called on Governor Darius Ishaku who had said he has the capacity to end the killings in Taraba to do so immediately.

“I was on my way to the farm when I sighted two Toyota Hilux vans and motorcycles advancing towards our village. I couldn’t call the people back home because of the poor (mobile phone) network ” Iorhemba said.

“Many people are still missing and I am sure many of those missing might have been killed by the attackers who came in their numbers.

At a peace meeting held in Abuja a week ago, Taraba governor, Ishaku had kicked against a suggestion for the setting up of a commission of inquiry into the perennial conflict between the Tiv and Jukun, made by Samuel Ortom, Benue State governor. Ishaku said he was capable of dealing with the crisis.

“Our Governor who recently kicked against a commission of inquiry into the crisis said he has the ability to solve the problem, so I want to plead with him to end these killings.”

Both Taraba Police Public Relations Officer, ASP David Misal, and the Takum council chairman, Shiban Tikari, did not return their calls or reply to text messages sent to their phones for confirmation.