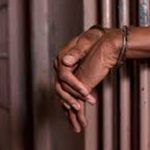 The Zamfara State Police Command on Wednesday said it has arrested a suspect parading himself as Mr Usman Nagogo, the State Commissioner of Police.

Shehu said the command received a report on the matter by the Senator on Sept. 1 that he received an SMS from unknown person claiming to be Nagogo, NAN reports.

“After series of text messages with the suspect, the Senator decided to call the number only for the person to reintroduce himself as CP Nagogo and demanded for Sallah gift from him.

“The Senator directed his Personal Assistant to call the person, collect his account details and credit the sum of 200,000 to his account as Sallah gift.

“Thereafter, the same person called the Senator again and told him that he had been given nine slots for cadet Police ASPs and seven slots of Cadet Inspectors and demanded the Senator to pay the sum of N2 million for the slots,“ he said.

According to the PPRO, the Senator then directed his Personal Assistant to transfer the sum of N1.6 million to the “Commissioner of Police.“

The PPRO said the command has already commenced investigation on the matter.

“The suspect was tracked and apprehended through his GSM number by detectives in Gusau and during the interrogation the suspect confessed to all the allegations.

The Command, he said had recovered a Mercedes Benz vehicle without registration number and particulars, suspected to be stolen, from the suspect.

“Investigation is in progress with a view to arresting other members of the syndicate to face prosecution,“ he said.