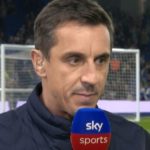 The ‘Class of 92’ have been described as ‘the greatest generation’ in the history of English football. Now their university, UA92, aims to help students develop their “character, personality and resilience”, just as the veteran footballers learned from their former coach, Sir Alex Ferguson.