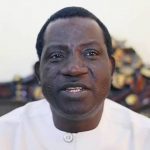 Dr Makut Macham, newly-appointed Director of Press and Public Affairs to Gov. Simon Lalong of Plateau, has solicited the support of media outfits in the state to enable him to succeed in his new assignment.
Macham, who was appointed on July 29, embarked on a familiarisation visit to media organisations in the state.
News Agency of Nigeria (NAN) reports that Macham visited Silverbird Communications, Jos, the Nigerian Standard Newspaper, State Ministry of Information and the Federal Information Centre, Jos.
“I thought it necessary to come over to your place and other places to get familiar with my first constituency.
“Information managers, reporters and others in the media sector are first priority, based on the assignment that the governor has given me.
“Without people like you, I cannot do anything and  I thought it was very necessary as part of the first things for me to do; and that is why I am here.
“With the new assignment I have been given by the governor, I need to learn more about Plateau, the activities that have been happening both at the state and local government levels.
“And most importantly, to know what the governor and the government is doing and to help project him to the world.
“But I will not be able to do this without the support and partnership with the media.
“I, therefore, call on you to open your doors for me when I come calling,” he said.
The director said that his principal, Gov. Lalong, had been doing a lot for Plateau but was not enjoying the robust publicity commensurate with what he was doing.
Makut pledged to sustain the cordial relationship between his office and the media and promised to support them where necessary within the limit of his powers.
Mr Tony Ihenacho, Business Manager, Silverbird Communication, Jos, thanked the director for the visit and pledged the station’s support.
Ihenacho said that Siverbird would continue to promote the government’s peace initiatives as they could only operate in an atmosphere of peace.
Mrs Yankat Wannang, Interim Administrator, Plateau Publishing Corporation, publishers of the Nigerian Standard Newspaper, commended the director for the visit, which she described as first of its kind under the leadership.
Wannang stated, however, that the corporation was not operating at its capacity and called for government intervention.
Similarly, Elder Michael Pam, Permanent Secretary, Ministry of Information and Communication, told  Macham that as the mother ministry, they were willing to synergise with his office to project government activities in a positive light. (NAN)