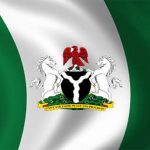 LAGOS – The Federal Government has been warned to place optimum priority on proper education of the children of core northern Nigeria now in order not to face a more devastating version of Boko Haram in the near future.
Giving this warning was Mr. Samuel Taiwo-Brown, a United Kingdom-based educationist and founder of Nigeria Education Action Foundation while speaking at the pre-event seminar heralding the Golden Jubilee Anniversary of Victory High School, Ikeja, Lagos on Tuesday.
The Victorian, An Alumnae of the school strongly warned the government that if it failed to implement the right education policy that would take all the current Almajiris off the street for decent engagements via good educational and entrepreneurial drilling, then Nigerians should be prepared for the worst of deadly militancy which would make what the nation is currently facing in terms of killings, robberies and kidnapping a mere child’s play.
Adding his voice, Chief Christian Ipoola, the founder of Victory Group of Schools stated that private education funding was neither a lucrative venture nor a business for profit seekers.
The mathematician-proprietor who is looking at turning 90 years old on October 3, advised his colleagues to do the business with passion and public spirit before profit so that they would not get disappointed by the turn of events in the post-investment.