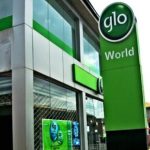 The ten lucky winners were picked at the draw conducted by the Awujale of Ijebu , Oba Sikiru Adetona at the end of the colourful and boisterous age-grade and family parades complete with a durbar, masquerades and gun displays that was the main event of the festival.
Over 100 customers were given raffle tickets as they purchased items from any Gloworld in the environs if Ijebu Ode, weeks before and during the main event of the festival.
The winners who took away the three-wheeled vehicles included: Isaac Olawale, Johnson Olakitan, Michael Adeniyi, Henry. Olayemi, Julius Agofure and Daniel Adebambo. Others were Kazeem Mustapha, Shola Gbilesanmi , Monsurat Sebiotimo, and Mr. Asiwaju.
Speaking to journalists after they were informed of their winning, all the winners expressed joy and excitement, some of them jumping, dancing and reeling out their plans for the vehicle they won from Globacom.
While Sebiotimo, a petty trader, said she purchased a device worth N5,000 and recharge card worth N50,000 from Glo, Olawale said he simply bought a phone for N3200 and recharge cards worth N1,800 from Gloworld, the network’s sales and service outlet in Ijebu Ode.
Olawale, a secondary school biology teacher in Ijebu Ode, said he would use the tricycle for transport business. Another winner, Gbilesanmi, said she would use the vehicle to transport her goods.
On her part, Sebiotimo narrated how she almost missed her prize as she was about leaving the Awujale’s Palace Square, venue of the Ojude Oba, before the raffle draw winners were announced.
Globacom said only winners at the venue qualified for the prizes.
Winner Johnson Olakitan, a building materials seller, explained that he used his last N5,000 to buy the phone that qualified him for the raffle. While winner Adeniyi Michael who works with the Centre for Grassroots Economic Empowerment (CGEE), got empowered himself when he purchased a techno phone with N3,000 and some recharge cards. Globacom provided the tricycles.
The event was generally characterized by excitement and jubilation in a carnival atmosphere. Gifts and mementoes went round and there was something for everyone.

The post Globacom Is Major Sponsor Of The Annual Festival appeared first on Independent Newspapers Nigeria.