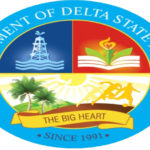 Delta State Government has said that education in the state must shift from learning for career purposes to life skills, technology and critical thinking.
Speaking at an opening session with youths in the state to commemorate the 2019 International Youth Day with the theme, “Transforming Education, Delta State Commissioner for Youth Development,” Comrade Ifeanyi Egwuyenga, said the quest led to the presentation of an executive bill by Governor Ifeanyi Okowa for the establishment of a Technical and Vocational Education Board within one week of assumption of office in 2015.
He said, “As a result of this, six technical colleges have been rehabilitated, well equipped and fully functional. Consequently, Delta has become the first state in the country to have all of the courses offered by its technical colleges accredited by the National Board for Technical Education (NBTE).
“Top on the list of priorities of His Excellency in this second tenure is the establishment of 19 new technical colleges across the state while the existing polytechnics will be reformed and re-positioned to become hubs for technical manpower development.”
The commissioner also said the state government has commenced the process of overhauling the curriculum in state-owned tertiary institutions to include courses in personal development and problem solving, adding that the administration of Okowa has invested substantial resources, time and energy in equipping the youth with entrepreneurship skills.
Egwuyenga admonished the youth in the state to shun vices such as cultism, pipeline vandalism, kidnapping, rape and internet fraud while assuring them of the ministry support in realizing their dreams through engagements in entrepreneurial skills with emphasis on higher skills development and mind-set reorientation.