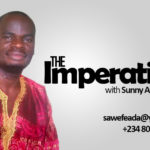 African literature is honed on the exigency of history. It is for this reason that the continent’s variegated literature provides a refreshing handle for the appreciation of its history. The maelstrom of the many catastrophes that assailed the continent at different epochs has come to define its predicament. Slave trade and colonialism debilitated the continent and its many peoples. The glorious kingdoms and empires with their splendor gave way in the wake of the cataclysm that slave trade and colonialism represented. However, the same colonial experience provided the continent with the agency to not only request for independence, but to struggle and win it. Thus, when the earliest echoes of the nationalist movement were heard with the formation of the National Congress of British West Africa (NCBWA) by the Ghanaian Joseph Casely-Hayford in 1919, Africans looked forward with great hope in the direction of freedom from imperialism.

The tempo for the liberation of Africa heightened in the 1940s and 1950s with nationalist avatars like Nnamdi Azikiwe, Obafemi Awolowo, Kwame Nkrumah, Sedar Senghor, Julius Nyerere, Mze Jomo Kenyata, Sekou Toure, Albert Magai, Kenneth Kaunda, Dauda Kariba Jawara and others who gave face and voice to the African aspiration for independence. The Pan-African conference of 1945 was particularly instructive as it insisted on the compelling urgency of Africans to take charge of their affairs. While Azikiwe showed the way, Nkrumah was the voice that boomed in the articulation of what independence held for the continent. From Nkrumah’s voice came the admonition “seek ye first the political kingdom and every other thing will be added unto you”. He led Ghana to become the first Black African country to win independence on 23rd March 1957. When Nkrumah spoke on the dawn of Ghana’s independence, he spoke to all of Africa saying, “the independence of Ghana will be meaningless unless it is tied to the total liberation of Africa”.

Sekou Toure’s Guinea got independence in 1959 and by 1960 eighteen African countries broke the yoke of imperialism and became independent nations. Unfortunately the promises that powered the struggle for independence evaporated the very moment freedom was won. The promise of Ghana, the ideal of Nigeria, the aspiration of Guinea, among others, evanesced. The leaders of the newly independent states failed woefully. Historians were yet to come to terms with the horrendous experience when African writers apprehended it in literature. Wole Soyinka’s visionary and tragic play A Dance of the Forest turned out to be a forerunner to such works as Chinua Achebe’s A Man of the People, Ayi Kwei Armah’s The Beautyful Ones are Not yet Born, Ngugi wa Thiong’O’s A Grain of Wheat, Ahmadou Korouma’s The Suns of Independence. These literary works depicted the crash of an ideal which the failure of the newly independent nations turned out to be. Bad and inept governance, economic mismanagement, corruption, military coups and dictatorship, civil wars, poverty, disease became the recurring motifs in the African narrative.

The foregoing experience and its representation in the continent’s literature birthed the idea of post-independent disillusionment. Nigeria presents the most remarkable example of all that is wrong with Africa. It is not out of place to say Nigeria is Africa and Africa is Nigeria. The crafting of Africa as the centre-piece of Nigeria’s foreign policy was not misplaced. It is in recognition of the manifest destiny of Nigeria as a great nation. Nigeria no matter what the world thinks or says remains Africa’s beacon for good or bad. Nigeria is an idea of unimaginable propensity. But inept leadership has been her undoing.

When Nigeria returned to civilian rule in 1999, it was a great moment for Africa as the continent stirred from what seemed like a millennial slumber. Yet, the return to civil rule in 1999 did not come by happenstance. It was the culmination of a long and bloody struggle to oust brutal military dictatorship. Nigeria was taken hostage and we, the people, took to the trenches to fight for a second freedom which came in 1999. The great anti-SAP riots of 1989, the June 12 uprisings, were milestones in the efforts to set Nigeria free again. As students of the University of Benin in the 1990s we were at the barricades to ward off the murderous soldiers who seized power in the twilight of 31 December 1983. Students of my generation were the canon-fodders of that era. Even as postgraduate students at the University of Ibadan we joined the struggle between 1998 and 1999 and shook off the last vestiges of oppression from our country.

Twenty years down the line we look back and we are frightened to see that what Nigeria now offers was not what we struggled for. Corruption, electoral malpractice, insecurity, extreme poverty, disease, crime, and the reign of terror which now define our predicament did not number among what we fought for. We had thought that democracy would bring us everything good. It is no longer independence and disillusionment, but democracy and disillusionment.

Nigeria has been taken hostage and the people must rise up to confront the hostage takers. The forces taking us hostage are among us. They are not just the Fulani herdsmen. Those who rigged the last election, government officials at all levels who have failed to implement the goals of governance, religious bigots number among them. The confrontation that birthed our first independence in 1960, and the second one in 1999, beckons on us. A new struggle for a third independence is at hand. Nigerians of goodwill must enlist in the struggle so that democracy will not be disillusionment.