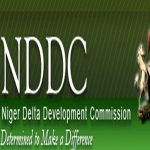 In a statement issued on Sunday by the commission’s Director of Corporate Affairs, Charles Amadi, quoted Amadi to having announced this during his inspection of NDDC’s storage facilities in Port Harcourt.

He said that some of the equipment kept in the commission’s warehouses had depreciated as they have been kept there for a long time.

”So, I have directed that the waste trucks and medical boats be maintained as soon as possible, for subsequent distribution to the various states.

”The locations where the items would be distributed had already been compiled.

The distribution exercise would commence within this month (May).

Amadi said the vaccines stored in its solar-powered refrigerators would be distributed soon to communities in the Niger Delta region.

”To this end, I have also directed NDDC’s Director of Education, Health and Social Services (EHSS) to kick start the process for the distribution,” he said.

Speaking, Dr George Uzornwanne, Assistant Director in the EHSS directorate, listed some of the items to include, medical waste incinerators and solar-driven refrigerators.

Others are vaccines, waste management trucks, tractors and refuse bins, among others.

He said items would be distributed to the various States Ministry  of Health to improve their immunisation exercises in communities.

”The incinerators would help in combating pollution and infections associated with medical waste disposal in the region.

”We have not had any functional incinerator in the Niger Delta region, and we have received lots of request over the years to procure this essential equipment,” he said.

Uzornwanne said two medical ambulances would be donated to Rivers Health Ministry, to use in riverine areas that do not have access to health care.